Michelle McKinney Hammond has authored over 40 books (selling over two million copies worldwide), including best-selling titles The Diva Principle, Sassy, Single and Satisfied, 101 Ways to Get and Keep His Attention, and Secrets of an Irresistible Woman.

A gifted songwriter/vocalist, Michelle has recorded four solo CD’s, It’s Amazing, Let’s Go In, Come Let Us Worship and With Love. She is the former Emmy Award-winning co-host of the television talk show Aspiring Women for ten years and TCT’s 3D Woman for eight seasons.

Michelle McKinney Hammond has most recently appeared in Roma Downey and Mark Burnett’s productions of Women of the Bible on Lifetime, and A.D., The Bible Continues. She presently does inspirational “Truth But Fair” segments on their new network Lightworkers.com and LIGHT TV.

She has appeared on countless other radio and television shows including Bill Maher’s Politically Incorrect, NBC’s The Other Half, CBN/The 700 Club, Daystar, Huntley Street, TBN, BET’s Oh Drama, The Michael Baisden Show as well as been featured as a regular relationship segment host on Chicago’s WGN Morning News and Fox’s Fox and Friends.

She has graced the cover of magazines such as Today’s Christian Woman, Precious Times, The Plain Truth and Gospel Today. She has been featured in articles in Essence, Ebony, Jet, Black Enterprise Magazine, The Chicago Tribune, The Associated Press and The New York Times.

Adding actress and producer to her long list of credits, Michelle has appeared in several African movies “Bloodline” “Single and Married” “If Tomorrow Never Comes” “Love Regardless” the series “Poisoned Bait” and starred in “Candle In The Wind”. She recently penned, produced and starred in her first screenplay, “First Love.”

Michelle presently resides in Ghana, West Africa, traveling the globe from her home base.

She is happily single with siblings and extended family in America as well as Ghana. She is the joyous “mommy” of two Shih Tzu’s. Matisse, and Laila. She has precious memories of Milan and Micah.

She is the president of US based, Michelle McKinney Hammond (MMH) Ministries and DivaCor LLC.

She is the visionary and leader of Relevance a music ministry in Ghana, West Africa, a movement back to the heart of God which focuses on moving the church beyond the walls by taking worship to the streets through their own special brand of original music called “Rockspiration”. A fusion of Rock, Reggae, Jazz and African percussion. They have released three CD’s “Forever,” “The Greatest Gift” and “For Love’s Sake”. 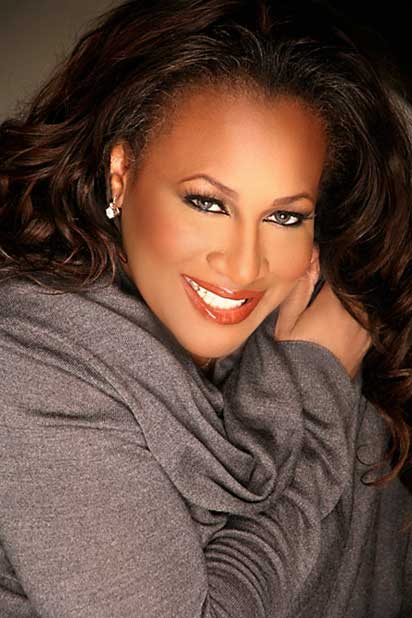